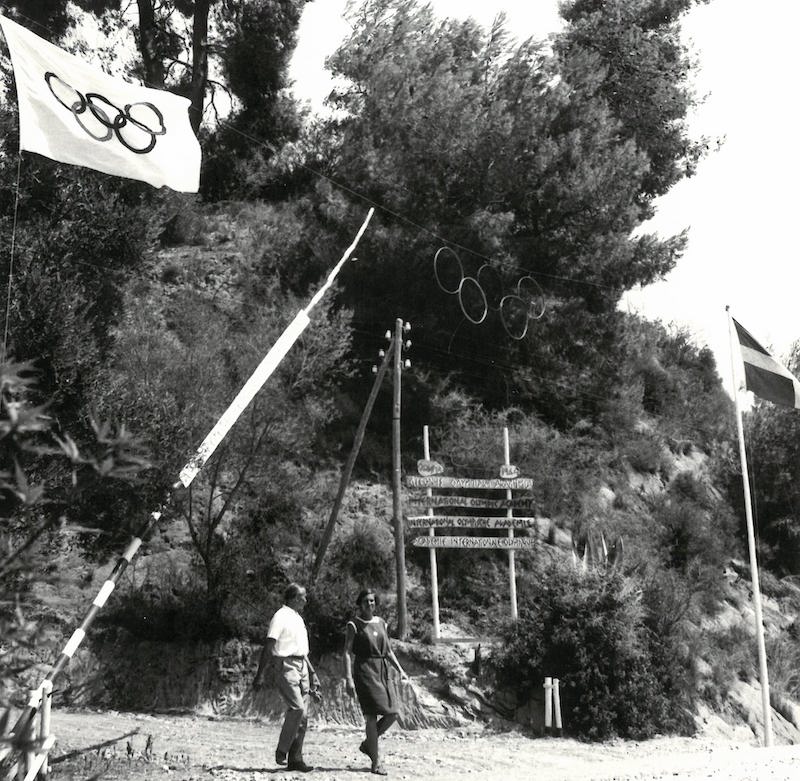 Mission
‍
The ΙΟΑ, situated next to the archaeological site where the Olympic Games were born, aims at studying, enriching, and promoting Olympism and its values in relevance with current global issues of Olympic interest and in conformity with the principles laid down by the ancient Greeks and the revivers of the contemporary Olympic Movement.

To serve as the leading institution for Olympic Education with the aim to promote Olympism as a way of life and integrate the Olympic Values into modern societies worldwide.

“Advocating the Olympic Ideal from the sporting and the cultural point of view must be a task that we all share.”
Jacques ROGGE, President of the IOC (2001 - 2013)

The History of the Academy

In 1927, the Greek government invited Pierre de Coubertin to Ancient Olympia, Greece, to attend a ceremony unveiling acommemorative stele created to honor his actions to revive the Olympic Games. During his visit to Greece, Pierre de Coubertin discussed the need for an academic institution dedicated to the study of the Olympic Movement and its trends with his friend Ioannis Chrysafis, who headed the Department of Physical Education at the University of Athens.
‍
Coubertin believed that the Olympic Movement shouldn’t deviate from its educational objectives and had written: "I have not been able to carry out to the end what I wanted to perfect. I believe that a center of Olympic studies would aid the preservation and progress of my work more than anything else and would keep it from the false paths which I fear".
‍
Coubertin's ideas were in accord with the aims of the Hellenic Olympic Committee (HOC), which wanted to set up an academic center modelled after the ancient Gymnasium, to lay down the foundations for the educational value of sport by carrying out studies and organizing classical games. But, unfortunately, the sudden deaths of Chrysafis (1930) and Coubertin (1937) prevented them from implementing their ideas.
‍
One year after Coubertin's death -following his wish- his heart was placed inside the commemorative stele in Ancient Olympia. This rekindled the idea of establishing a center for the Olympic Games in Ancient Olympia. The project was taken up by Ioannis Ketseas, a student of Chrysafis at the National Gymnastics Club and Secretary of the Hellenic Olympic Committee, and the German Carl Diem, a close associate of Coubertin devoted to the Olympic Movement and education. Diem and Ketseas, who worked together for the first Torch Relay from Olympia to Berlin in 1936, decided to work toward the realization of a Center of Olympic Studies. By 1938 they prepared a plan for an institution named International Olympic Academy (IOA) and submitted it to the Hellenic Olympic Committee. The HOC adopted the plan, and that same year, incorporated the establishment and operation of the IOA in its Charter as one of the Committee's aims.
‍
At the 38th IOC Session in Cairo, the members of the IOC were informed by the HOC about the law recently adopted for the establishment of an Olympic Academy in Greece. One year later, in the 39th IOC Session in London, the IOC decided to place this foundation which would promote Olympic ideals through education under its auspices. Following the end of World War II, a detailed memorandum about the operation of the Academy, drafted by Ketseas and Diem, was submitted to the 41st IOC Session in Stockholm in June 1947.

Finally, on the 28th of April 1949, the 44th IOC Session in Rome unanimously approved the establishment of the IOA, and assigned its implementation and operation to the Hellenic Olympic Committee under the auspices of the IOC. Several years later, the first IOA Session was scheduled for the summer of 1961 to coincide with the opening ceremony of the ancient stadium of Olympia, which had been excavated thanks to the initiative of Carl Diem, who ensured the expenses for the project.

The International Olympic Academy was officially inaugurated on the 16th of June 1961, and the proceedings of the first Session were headed by Cleanthis Palaeologos, Director of the Physical Education Department of the University of Athens, and the German Professor Lotz.
‍
From 1962 to 1990, the academic pursuits of the Academy were coordinated by its late Dean, Otto Szymiczek, whose contribution to the development of the Academy was invaluable; along with Professor Palaeologos, who had been made Honorary Vice-President of the Academy, they charted the course for three decades, and were both awarded the Gold Medal of the Academy.
‍
The contribution of N. Nissiotis, Professor of the philosophy of religion, was also instrumental in the scientific development of the IOA. He presided over the Academy from 1977 to his death in 1986.
‍
During its first decade of operation, the activities of the IOA were limited to the International Session for Young Participants. From 1970, the IOA progressively implemented additional educational programs devoted to the issuesof the Olympic Movement.

Today, many events occur annually on the premises in Ancient Olympia. Until 1966, participants lived in tents, and the Sessions were held under pine trees. The first buildings were completed in 1967, and they have gradually been added to sports facilities and new buildings. The new conference center was completed in 1994, bringing state-of-the-art facilities to the participants' service.

In recognition of its contribution to the humanistic aim it serves and to the development of the Olympic Movement, IOA was awarded the Bonacosa Award in 1961 and 1970 and the Olympic Cup in 1981. In 2021 the IOA premises were fully renovated with the financial support of the IOC. 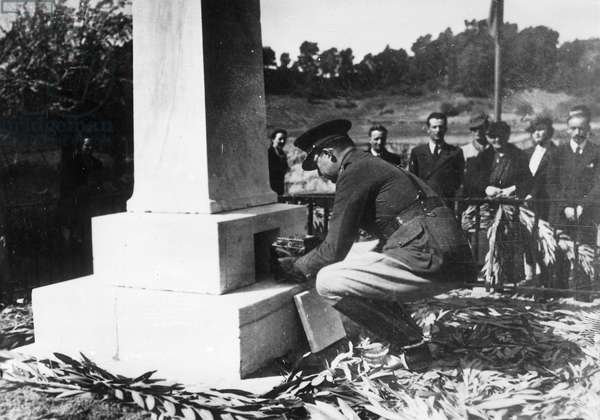 A plan for the establishment of the IOA near the site of the ancient Olympic Games, in Greece, is submitted to the Hellenic Olympic Committee (HOC) by Ioannis Ketseas, IOC member from Greece and the German philhellene Carl Diem.

The plan was adopted by the HOC and was officially approved by the 38th IOC session in Cairo. 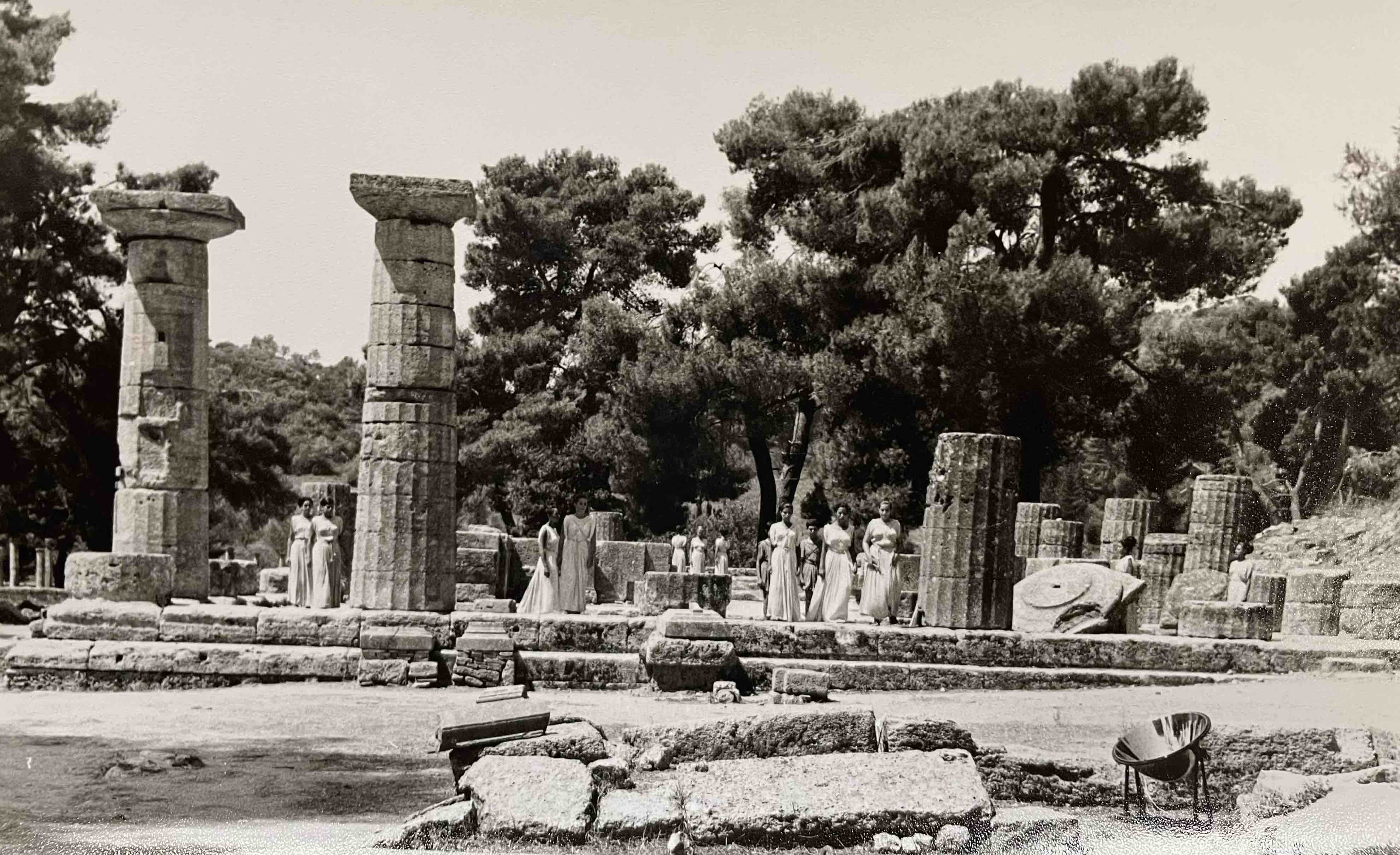 IOC places the IOA under its auspices during the 39th IOC session in London. 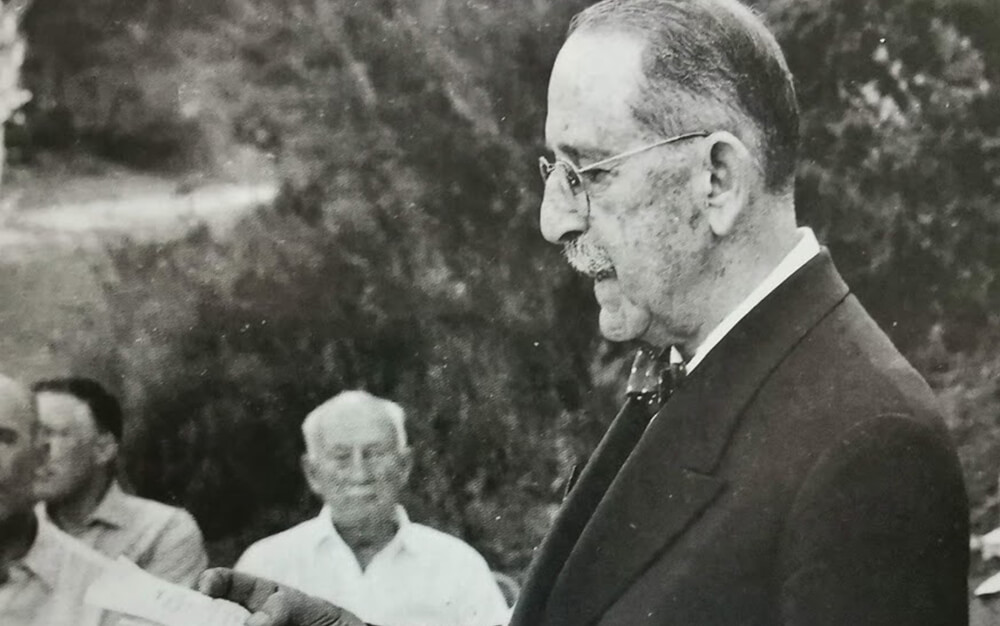 Ketseas and Diem submit a memorandum on the operation of the Academy to the 41st IOC Session in Stockholm. 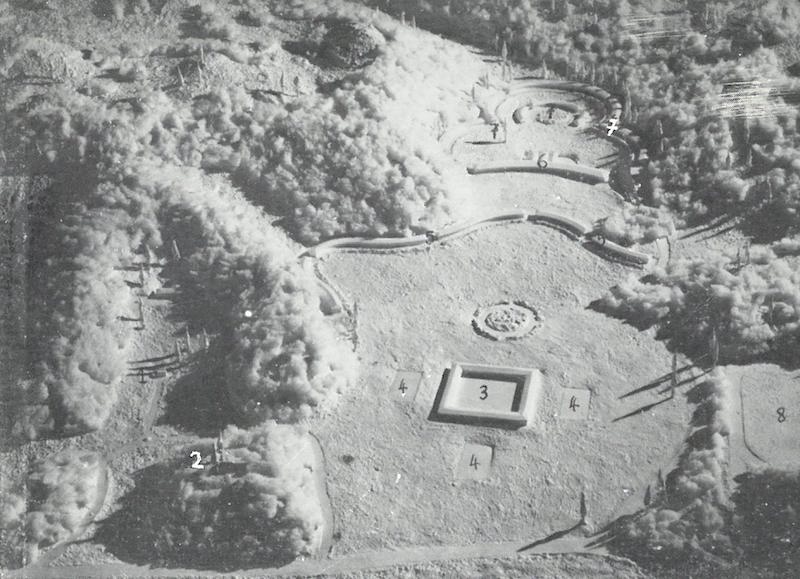 The 44th IOC session in Rome approves the establishment of the IOA by the HOC, under the auspices of the IOC. 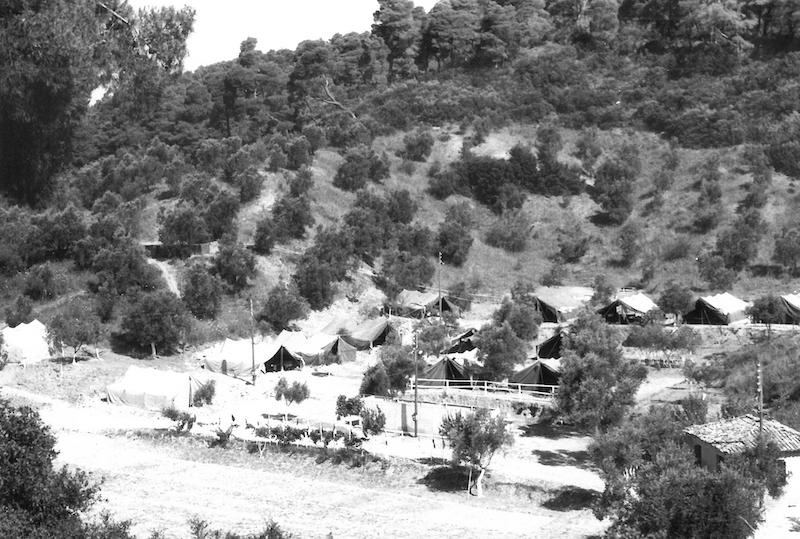 On June 16th the IOA is officially inaugurated and the first International Session is held. 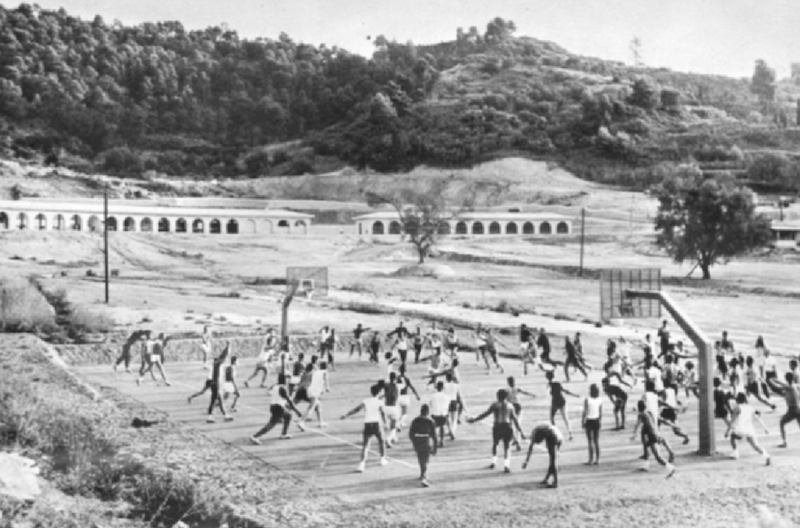 The first IOA premises are completed.

An IOC commission is created to coordinate the IOA's relations with the IOC Olympic Solidarity and the Olympic Movement. 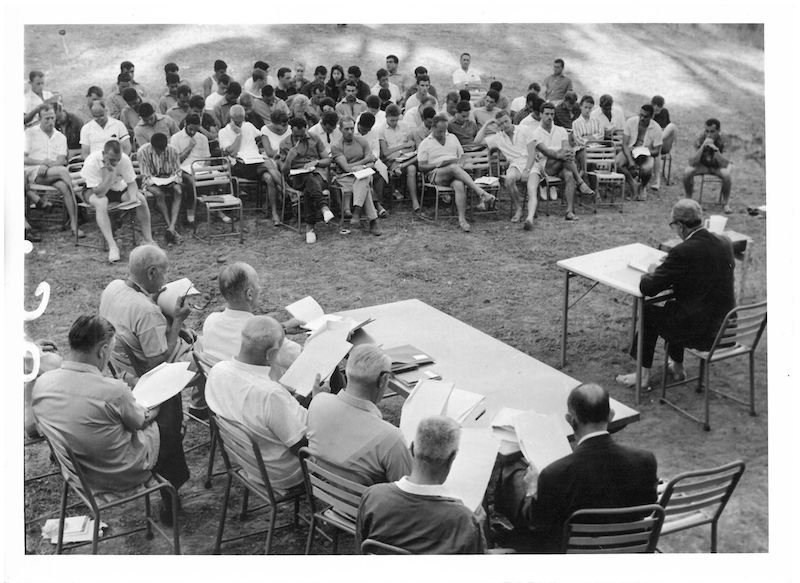 IOA activities increase with Sessions covering all aspects of the Olympic Movement. 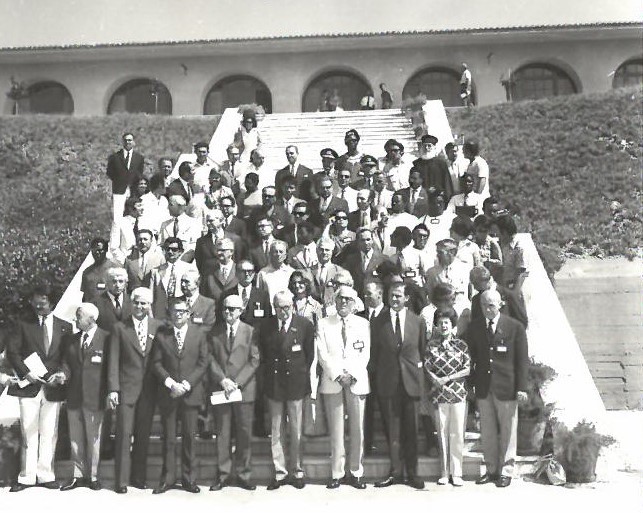 The first International Session for Educationists is organised by the IOA. 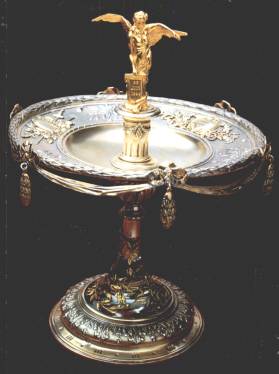 IOA receives the Olympic Cup created by Pierre de Coubertin and awarded by the IOC. 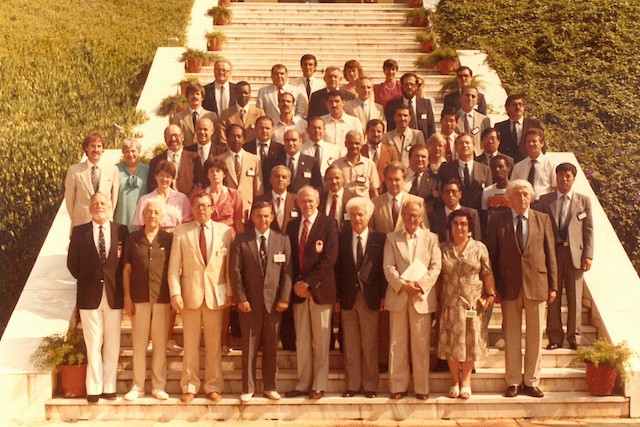 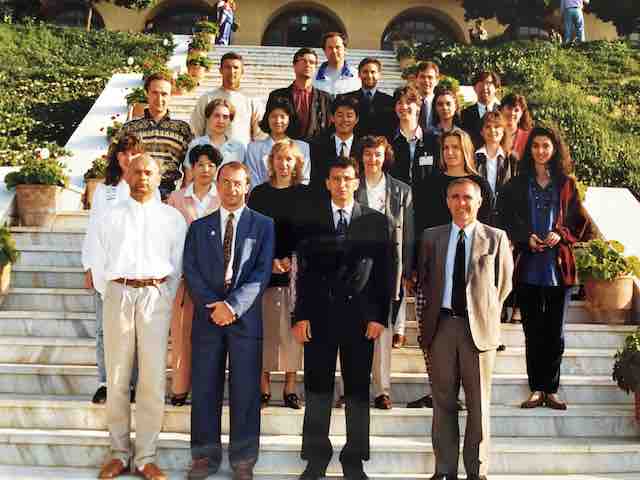 The first International Seminar on Olympic Studies for Postgraduate Students is organised by the IOA. 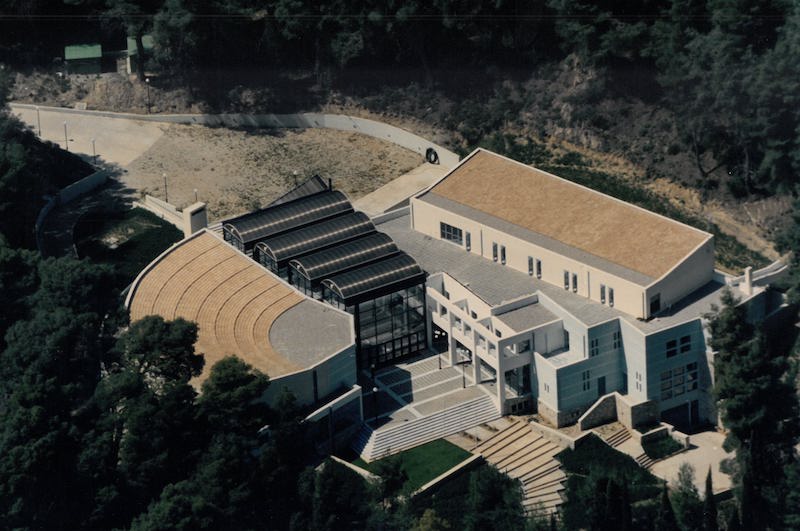 A new conference center with a 420 seat amphitheater, a library, lecture rooms and an administration wing are added to the IOA premises. 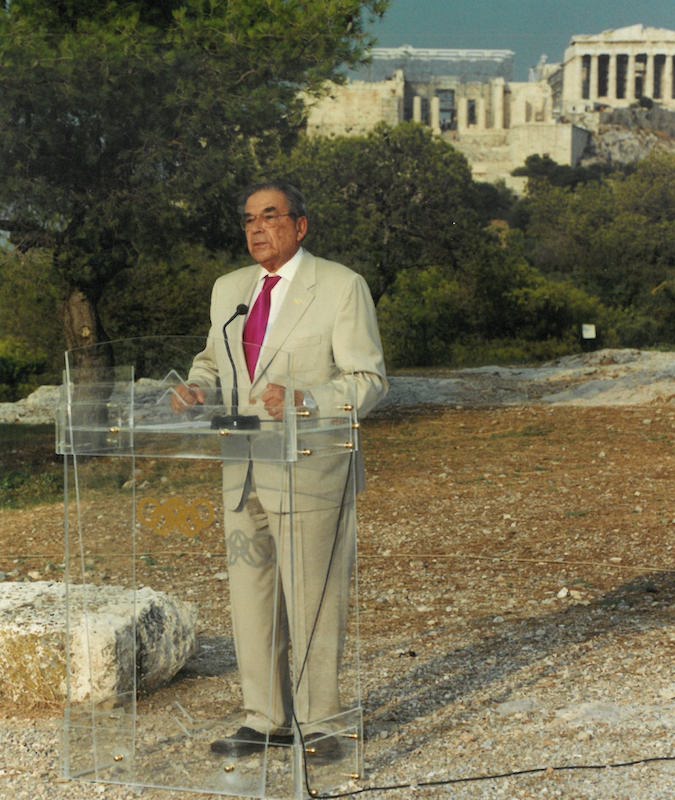 The IOA becomes an autonomous legal entity of private law. 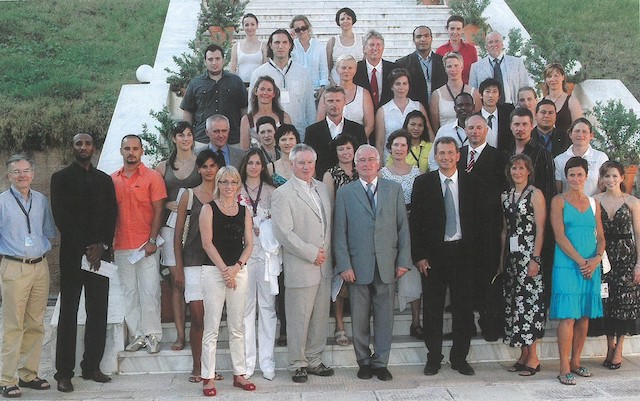 The first International Session for Olympic Medallists is organised by the IOA. 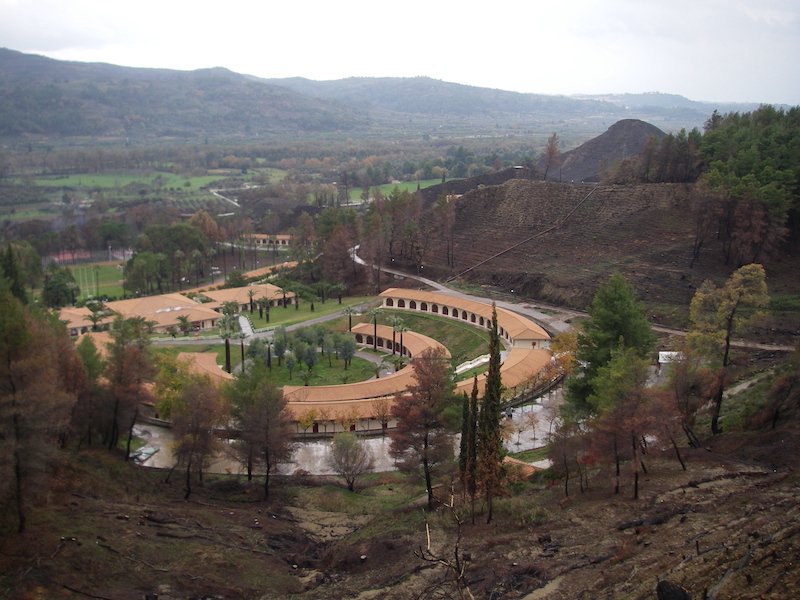 On August 26th, a major fire in the area destroys large parts of the IOA natural surroundings. 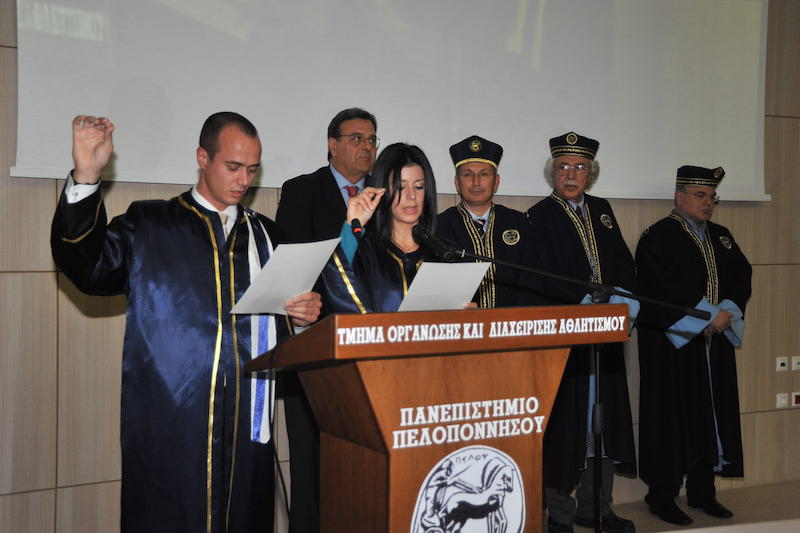 The IOA upgrades its educational activities by establishing in cooperation with the University of Peloponnese a Master's Degree program. 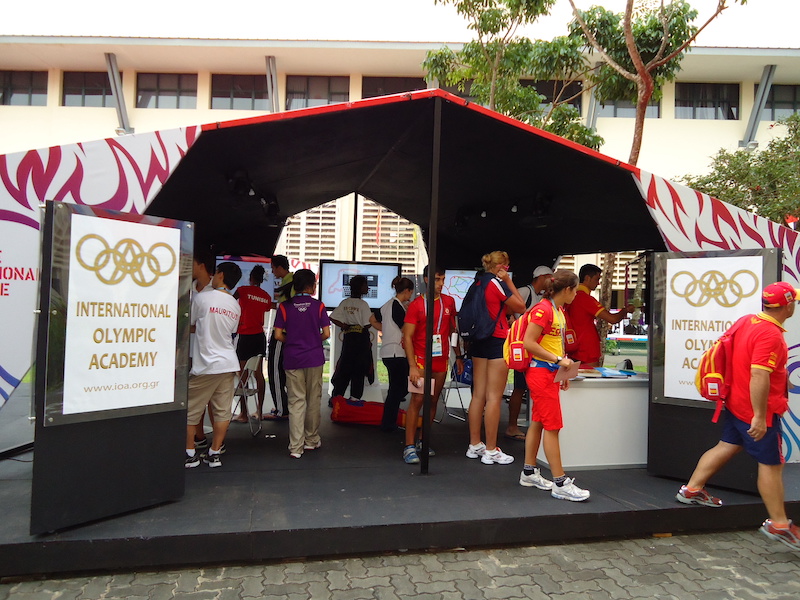 The IOA begins its journey to the Youth Olympic Games (YOG) with its interactive educational programme"Discovering the Olympic Movement and its values" during the 1st YOG in Singapore. 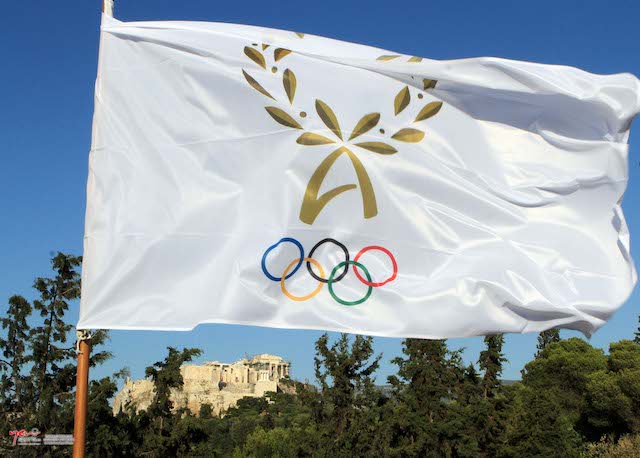 The IOA further expands its programmes by cooperating with high-level universities and other educational institutions from around the world. 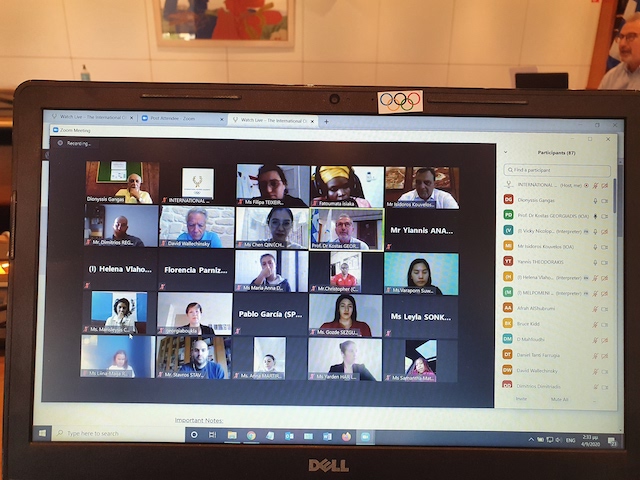 The IOA conducts its sessions online for the first time in it history due to the COVID-19 pandemic. 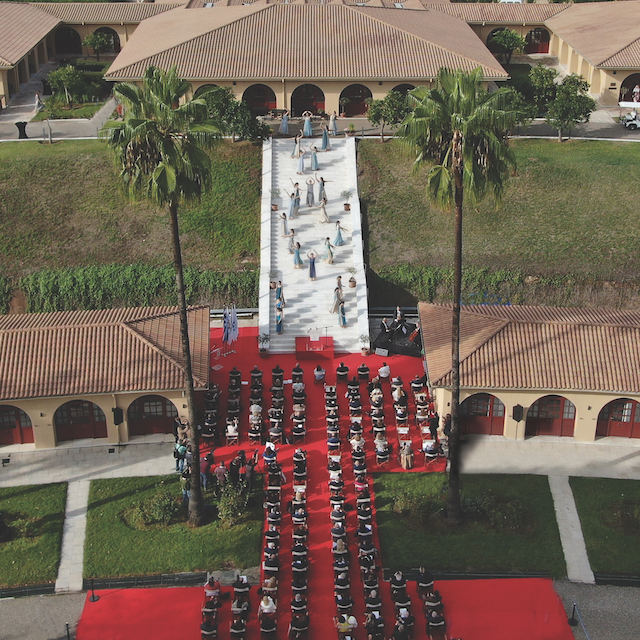 The complete renovation of the IOA premises in Ancient Olympia, Greece is conducted thanks to the financial support of the IOC. A new era begins

The administrative bodies of the IOA are:
‍
- The Board of Directors, also called “Ephoria”, with a four-year term, consisting of eleven (11) members.
‍
- The Executive Committee consisting of five members.